Growing up Courtney was given the nickname CoCo, by his family. Coco was influenced to change his name to CrunkCoCo by his childhood idol Lil Jon (“Get Crunk With It”). Born a natural jokester,CrunkCoCo’s goofy personality would make everyone around him smile. Predictably, Crunk’s persona would gain the attention of millions across the world when he uploaded a video on YouTube of him singing and dancing to the song “Who You Finna Try.” After the overwhelming success of his first video, Crunk continued to regularly upload videos and his antics would soon amass a cult following and millions of views.

“It was a trendsetting movement;I knew that if I showed the world who I am naturally the world would love me genuinely.”

As a child, Crunkcoco was diagnosed with multiple mental disorders. Despite of his limitations, Crunk trudged forward and worked towards living his dream of being a personality in the entertainment industry. Crunk has prevailed and through hard work has built a following that he looks to expand. With the cosign of many mainstream artists such as Cardi B (who is actually Crunks cousin), Nicki Minaj, Trina, K. Michelle, and many more; Crunk looks to fill this world with laughs and giggles at… him. 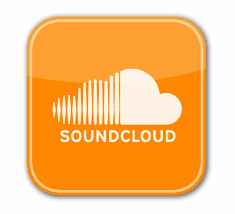